In the documentary, Everybody Loves Raymond creator Philip Rosenthal chronicles his attempts to adapt his hit sitcom for Russian television. 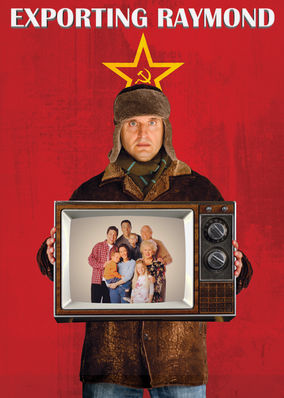 Exporting Raymond tells the hilarious journey of Phil Rosenthal, considered an expert in his country having created one of the most popular television shows of all time, who travels to a foreign land to help people who don't seem to want his help. When Rosenthal joins forces with Hollywood studio Sony Pictures Television to recreate "Everybody Loves Raymond" for Russian TV audiences as "Everybody Loves Kostya," he finds himself lost in Moscow, lost in his mission, lost in translation. Rosenthal tries to connect with his Russian colleagues but runs into unique characters and situations that conspire to drive him insane. The movie is a true international adventure, a genuine, "fish out of water" comedy that could only exist in real life.-- Samuel Goldwyn

What makes Exporting Raymond more than just a funny sketchbook are its insights into the mutability of comedy.